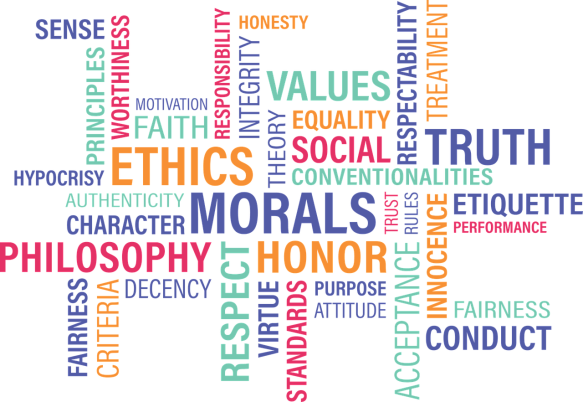 Language and culture are so very closely related and intertwined. Many say we can’t truly understand a culture without speaking the language. Others say we can’t effectively use a language without knowing the culture; without cultural context we are “fluent fools.”

Multilinguals know that our behaviors and ways of thinking change when we speak various languages, but do our morals also vary? A few fascinating studies have been conducted recently that shed light on how our moral compasses shift when we operate in different languages. English-French-Czech speaker Julie Sedivy summarizes the results of such research very ably in an article in Scientific American.

She reports that one study, about hypothetical responses to a trolley accident (should we sacrifice one person to save five?), shows that our moral decision-making shifts when we are speaking a language that is not a native one. A second research project, this one involving participants’ responses to morally reprehensible behavior (sex with a sibling, eating one’s pet after it has died), had similar findings: actions are judged less wrong when read in a non-native language.

Why is this? One hypothesis is that when we speak a non-native language, we are more deliberate; we circumvent our quick “gut” reaction and consider the greatest good for the greatest number. Another possibility is that our childhood language(s) are filled with more emotional connections than are academically acquired languages; thus, our responses are different, depending on the language in which we are operating.

Bilinguals, for example, are more likely to recall a memory if they are prompted in the language in which the event took place, according to one study. Yet another research project went deeper, showing that the emotional response to taboo words—and especially to reprimands (so common in childhood)—were statistically stronger in one’s native language. Study participants often reported that they “heard” the reprimands in the “voice” of a close relative.

A study published in the journal Cognition showed that people placed greater weight on outcomes and less on intentions when making moral judgments in a non-native language. Examples in this study included good intentions/bad outcomes, such as giving a homeless person a new jacket, and then the recipient gets beaten up when someone steals it from him; and good outcomes spurred by dubious motives, such as a family adopting a disabled child in order to receive money from the government. These results would seem to support the idea that people have more muted emotional responses/less empathy or sympathy in a non-native language.

None of the studies, of course, show us what a multilingual person’s “true” moral self is. Julie’s conclusion summarizes this paradox:

“Is it my moral memories, the reverberations of emotionally charged interactions that taught me what it means to be ‘good’? Or is it the reasoning I’m able to apply when free of such unconscious constraints? Or perhaps, this line of research simply illuminates what is true for all of us, regardless of how many languages we speak: that our moral compass is a combination of the earliest forces that have shaped us and the ways in which we escape them.”

2 thoughts on “How Morality Changes in a Foreign Language”