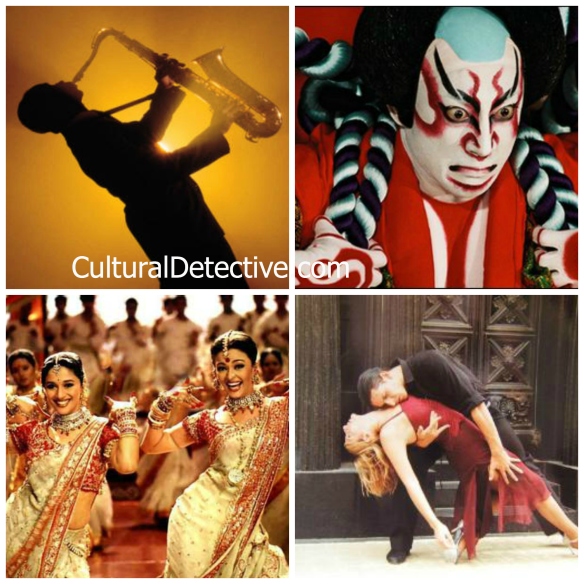 (English followed by Español, 日本語版 and हिंदी संस्करण, below)

Tango! Kabuki! Bollywood! Jazz! You have to admit they all sound exciting—full of life, excitement, drama and…culture. Each is currently the basis of a hugely lucrative industry, and many of us greatly enjoy at least one of these art forms.

But what do the histories of these four forms of entertainment—from such divergent places on our planet—have in common?

Each has its origins among the poor, underprivileged and marginalized of society. And each was, at some point, much maligned and considered improper and lacking decorum. Several of these now-popular forms of entertainment were banned, some more than once, before they grew in popularity and finally gained respectability.

Why are these seemingly very different topics on my mind? If you read this blog regularly, you know that I recently had the pleasure of visiting Argentina, and there I learned about the history of the tango—the first thread. I know about the history of kabuki from the years I lived in Japan, and the similarity of histories intrigued me. Pondering the history of jazz, I noted three similar threads. Then, just yesterday, Lord Meghnad Desai’s article about Bollywood crossed my desk, and it occurred to me that perhaps these threads weren’t just coincidence; I’d better pay attention!

In my academic discipline, intercultural communication, some refer to the concepts of “big C” and “little c” culture (Bennett, 1998). Culture with a capital “C” usually means the objective aspects of a culture, that which is visible and overt. This includes the art, music, dance, etc.—the artifacts of culture, if you will. It also includes what it is that people say and do, the observable ways culture is expressed through its members’ behavior in daily life. This idea correlates with the “Words and Actions” section of a Cultural Detective Worksheet.

In contrast, “little c” culture refers to shared customs, norms, communication styles, values,  assumptions, etc. This subjective part of culture is generally hidden, expressing itself in the verbal and nonverbal behavior of its members. Subjective culture is what lies beneath the behaviors, that is, why people do what they do, and correlates with the “Values, Beliefs and Cultural Common Sense” portion of a Cultural Detective Worksheet.

In some way, I reflected, each of these four art forms derived from an expression of “little c” culture that morphed into “big C” Culture, usually over some decades. Could this be the way of the world?

I first moved to Mexico in the 1970s as a foreign student, and was thrilled to live in Coyoacán, home to both Frida Kahlo and “La Malinche”! I was saddened to learn, however, that both these facts seemed disturbing or embarrassing to my host family; to me it appeared that there was little pride in national traditions or “things Mexican.” People with money purchased European designer brands and housewares; handmade and “artesenal” were looked down upon as signs you couldn’t afford “better.”

How happy I am to be living in Mexico again, and to find that now traditional arts and crafts, and local heritage and traditions, are much more celebrated. This perceived change would seem to echo the question I’d begun asking myself about if and how “culture” evolves into “Culture.”

What, if any, are the characteristics shared by these initially despised but now-celebrated art forms? Each involves overacting, melodrama, emotion, and exaggeration. Usually their themes revolve around the pain of injustice, and, frequently, love spurned, often due to class differences.

While researching these four forms of entertainment for this blog post, I realized the best part: each is a product of the creativity that comes about when cultures begin mixing and changing! Perhaps those often viewed as marginal and on the outskirts of a culture can have a powerful influence on the evolution of the culture. And, just maybe, this intermingling of different peoples in similar difficult circumstances can spark enormous creativity.

As The Jillbrary tells us, Bollywood is an intentional hybrid. It does “not speak to just one religious group, language, geographical area, or caste (as unrealistic as that may be)… The music incorporates styles from various traditions—North Indian and Carnatic classical, light classical, religious, and folk music, Hollywood, Latin, Chinese, and reggae. In Bollywood films, Muslims marry Hindus, Hindus marry Christians, and people from different societal classes can succeed and collaborate.”

Likewise, jazz is a hybrid, born out of African Americans living a marginalized experience, straddling two or more cultures, and dealing with powerlessness. What creativity and power that combination brought forth!

Tango and kabuki both rose to prominence alongside (or inside) brothels, and involved bending and blending of gender identities—in tango men teach men the dance steps, and in modern kabuki male actors play all the roles regardless of gender. Needless to say, these innovations emerged from the margins or edges of the culture; they were not initially activities of “mainstream” society (and thus, were not regarded as “art”)!

I find this tapestry intriguing. There are so many art forms, “Culture,” that originated with those living on the “fringes” of society. Often poor, underprivileged, and lacking resources, it may take time for mainstream culture to recognize such artistic contributions. When I grew up in the US Southwest, “Indian jewelry,” pottery, and weavings were not generally perceived to be worth much more than the materials involved in their creation; they were certainly not popularly considered the prized possessions many are today.

How does this view of “culture” morphing into “Culture” fit with your experience? Let’s continue the conversation! Please share with us some of your favorites, with links, if you would. Many thanks! 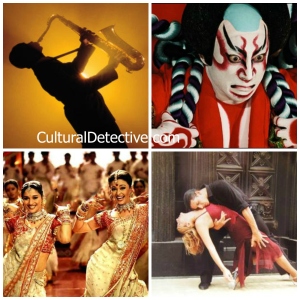 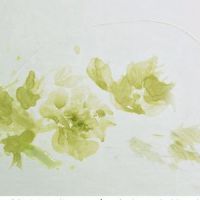